This summer Kit Mook has embarked on a south bound thru-hike of the Appalachian Trail. Kit started his 2,200 mile trek in June and is on track to wrap up in November. Follow along with Eastward as we check in with Kit for updates from the trail.

VIRGINIA IS FOR LOVERS

We recently caught up with Eastward Ambassador Kit "Baby Milkshake" Mook as he took a few days off from hiking to relax and spend time with family. 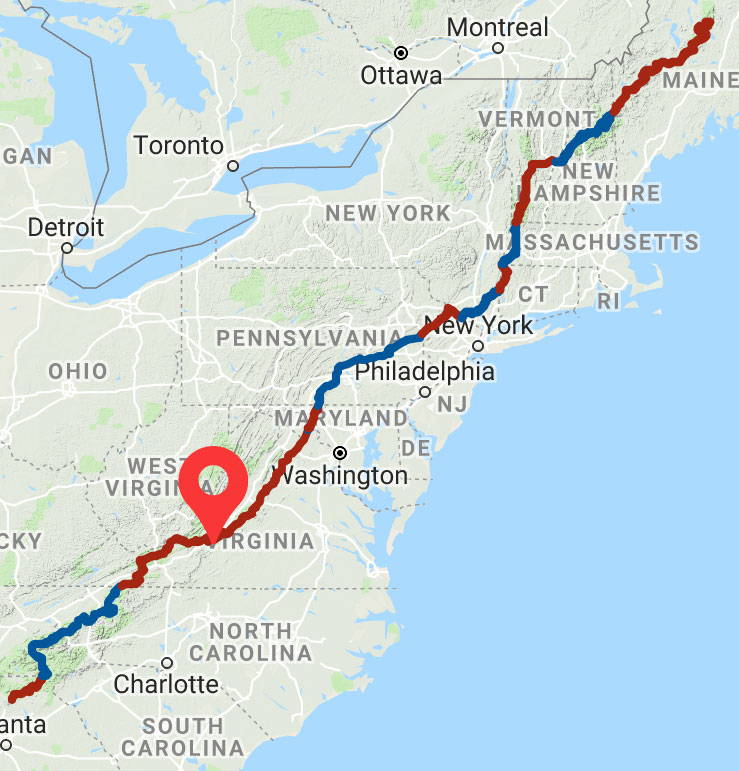 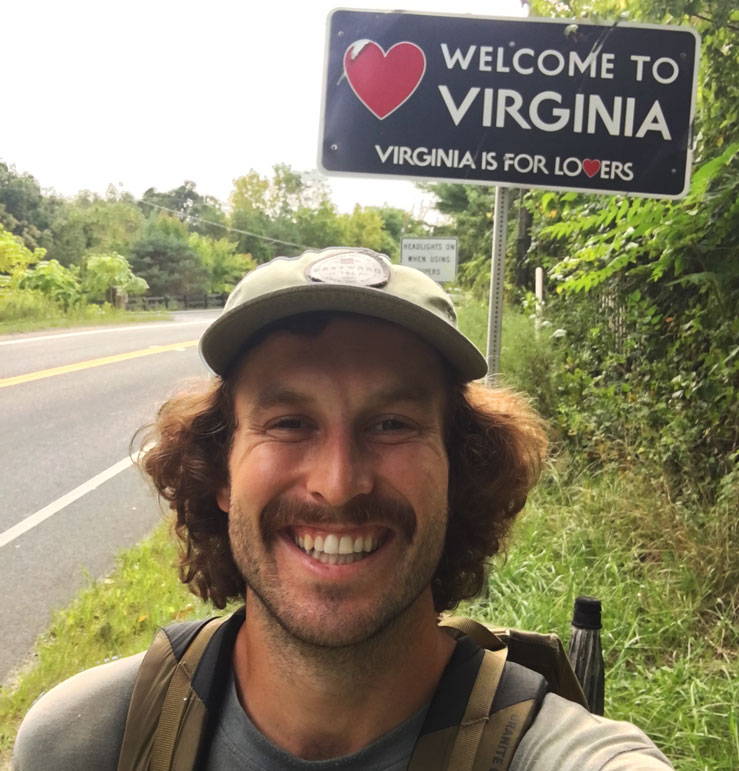 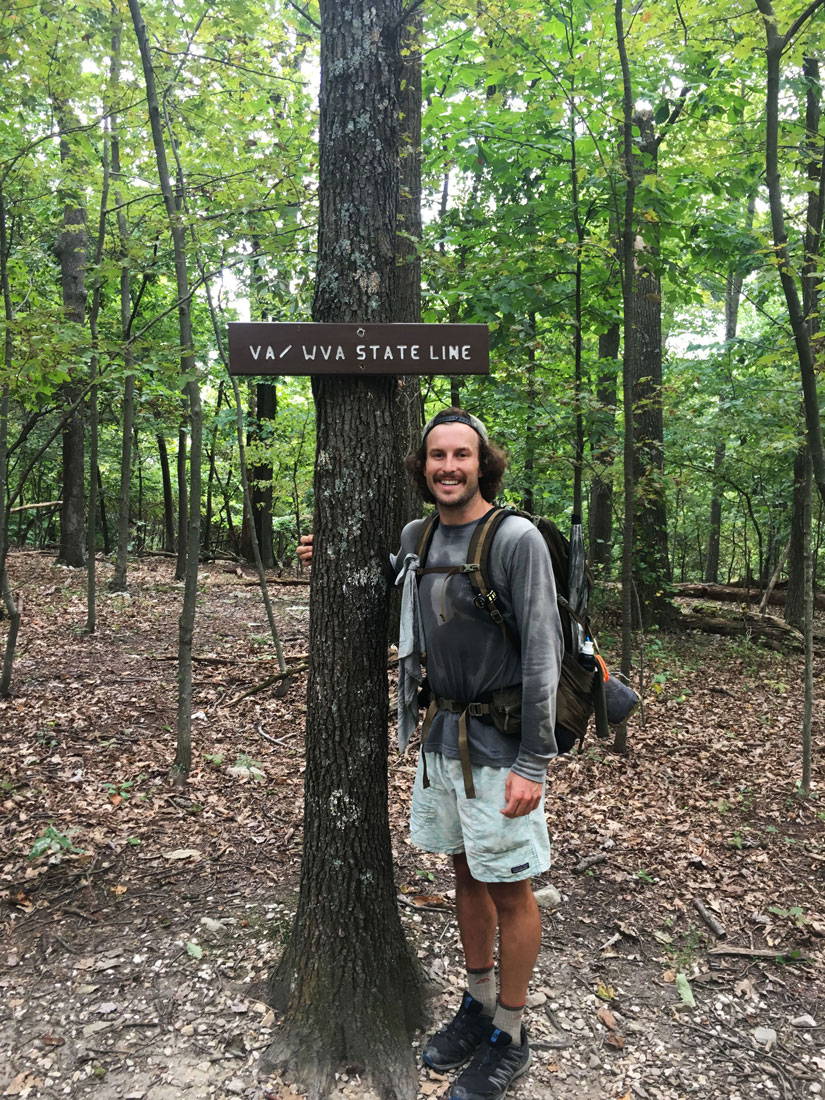 Eastward: How are you feeling physically at this point? Is your body exhausted? Do the days go by slow/fast?

Kit: "It feels like I was moving a lot faster in the smaller states. Aside from that, the terrain has been much easier lately. I have been going days where I don't even blink an eye at the terrain - usually doing somewhere around 20-25 miles a day because it has been so flat. I feel very strong and feel like I am in really good shape at this point in my thru-hike. I have recently been on a rhythm of hiking from 7a.m. - 5p.m. everyday.

Eastward: Least favorite thing that you are currently experiencing?

Kit: Snakes... I hate snakes. I am totally scared of them. At this point on the A.T. there are rattlesnakes which I have been warned about. Just the other day I actually stepped right on a black snake on the trail. Then it was all I could think about for the next several miles. I guess it is more of an out of sight out mind type thing...until its no longer out of sight.

Eastward: One of the cooler things you've seen or done since we last spoke?

Kit: Around the NY/NJ border a group of us stopped at a local drive-in that we were recommended to check out. Turns out they love A.T. hikers and set us up on the back hill with free camping. They even gave us radios to tune in and listen to the films being featured that night. We all kicked back, had some beers and snacks and watched a couple movies. It was awesome

"USUALLY DOING SOMEWHERE AROUND 20-25MILES A DAY BECAUSE IT HAS BEEN SO FLAT.I FEEL VERY STONG AND FEEL LIKE I AM IN REALLYGOOD SHAPE AT THIS POINT IN MY THRU-HIKE."

Kit: OH man... Definitely the peanut butter noodles. I had noodles, added peanut butter but didn't really have enough, mixed in some tuna which turned out to be super warm and the whole combo was so nasty. Had to get it down though because I didn't have much else of an option. I would not recommend it.

Eastward:  Any food that you just can't eat anymore?

Eastward:  Any other cool highlights?

Kit: Hmm... Crossing the Hudson was pretty cool. I mean so many people cross it everyday to head into the city and go to work. It was weird crossing it on foot as I hiked across NY and thought of everyone else going to their 9-5. Other than that, I was pretty exposed on a ridge in MA during a wild thunderstorm. Lightning stuck a tree within a quarter mile of where I was. It was insanely loud..definitely made the hair on my neck stand up. I am sure there will be some more good ones as I push to Georgia.

KIT'S ONE PHRASE FOR EACH STATE
HE HAS COMPLETED 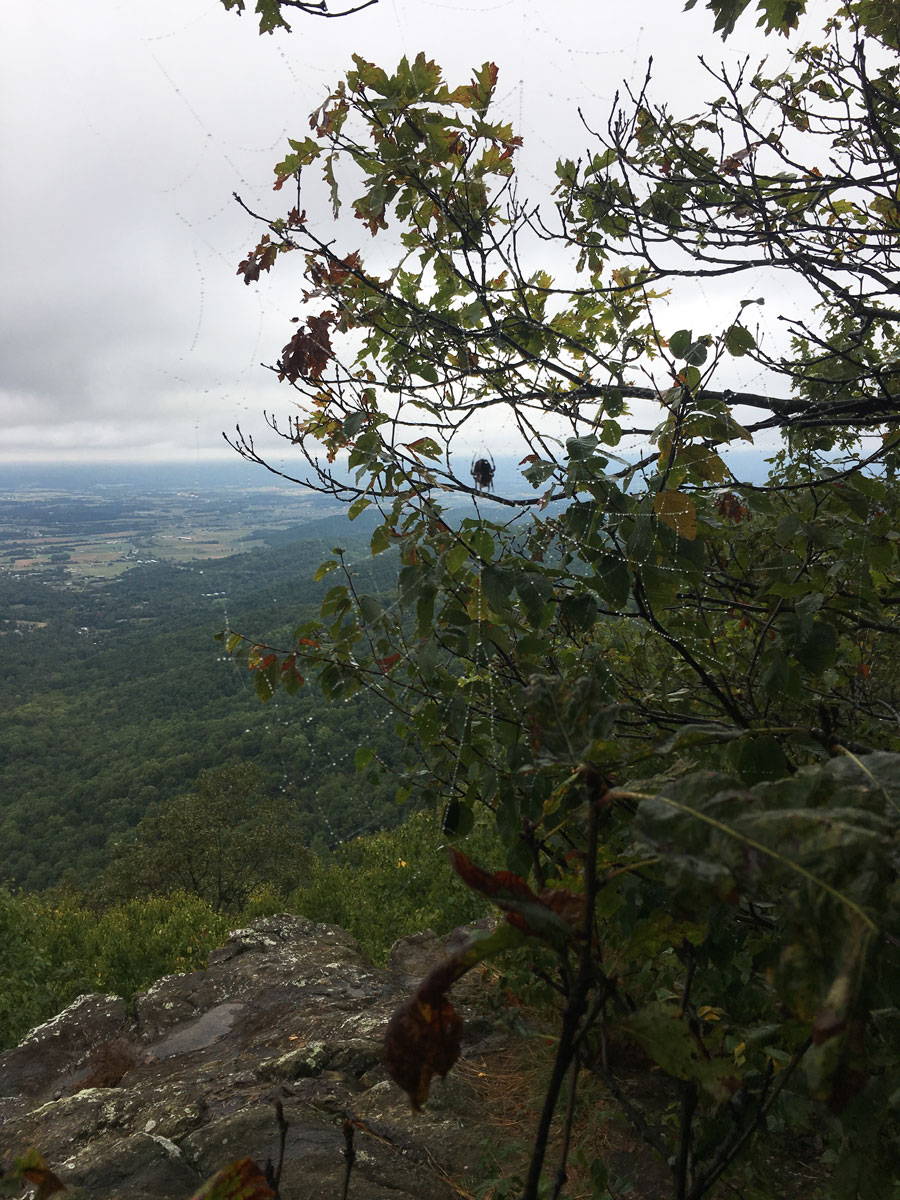 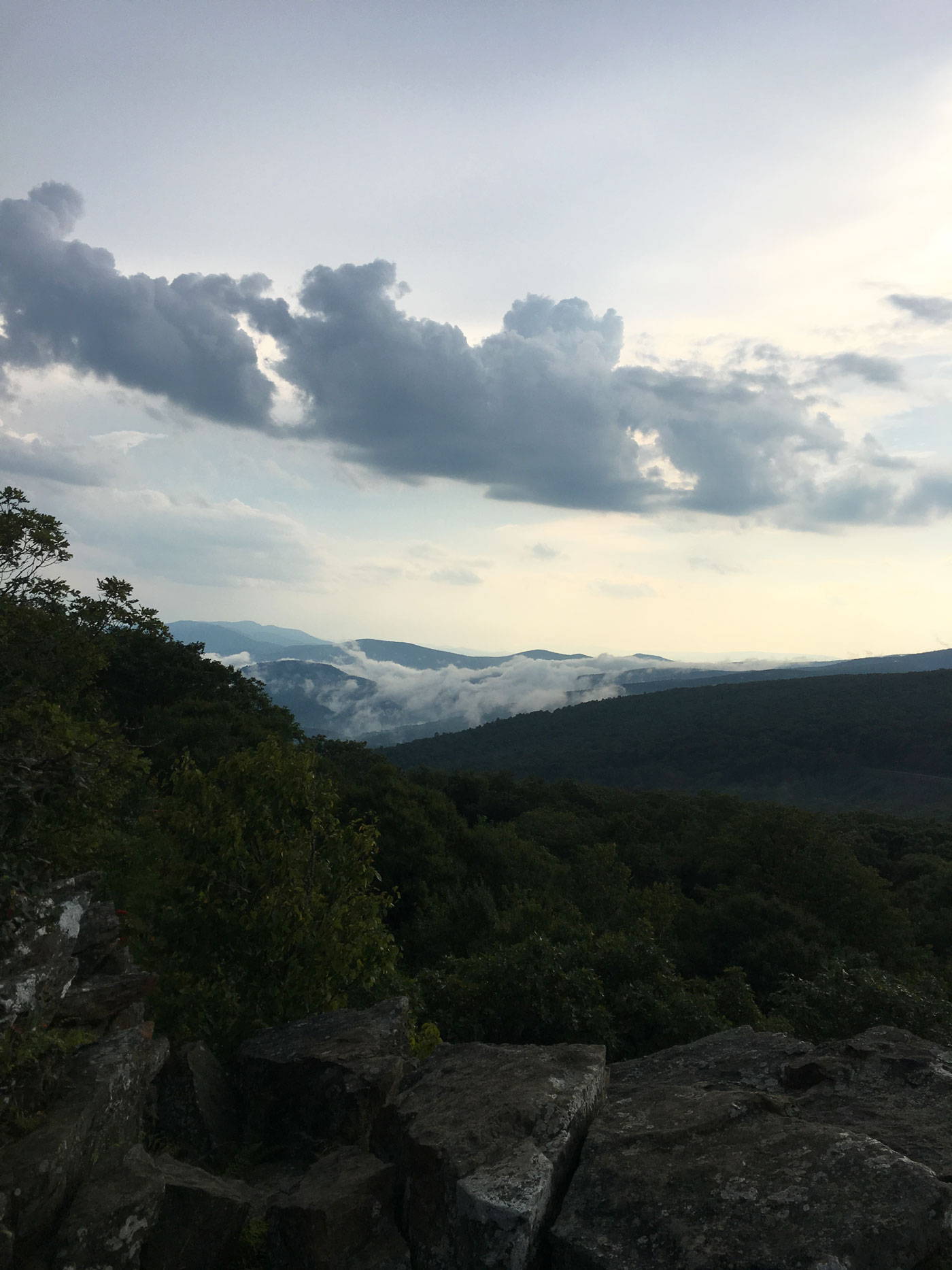 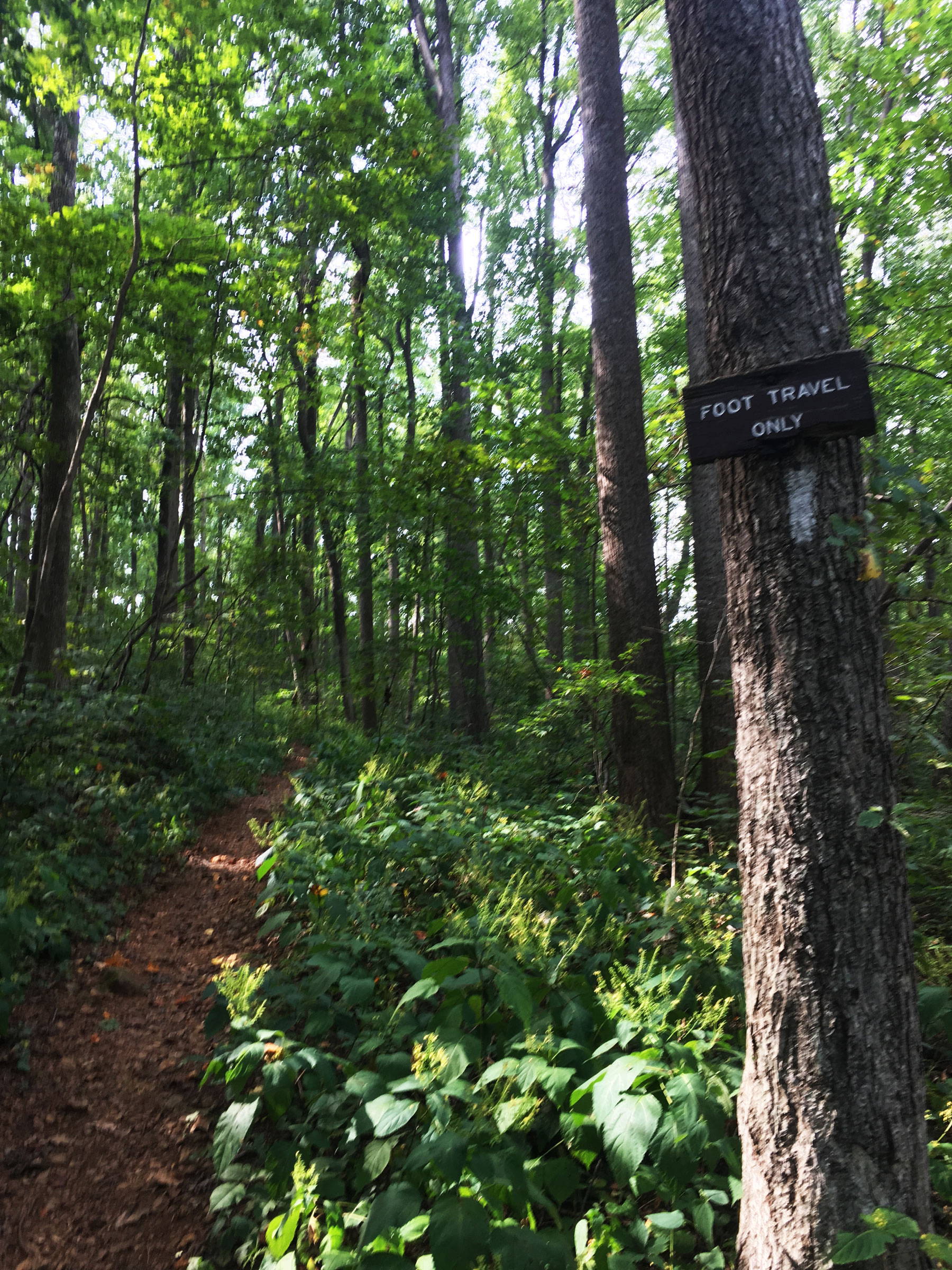 MISSED CHAPTER 1?
READ IT BELOW: 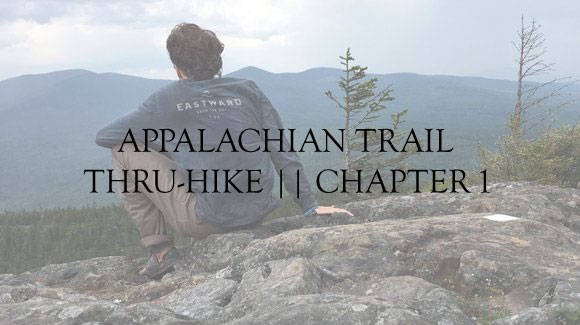 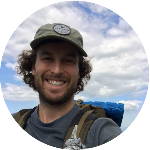 This summer Kit Mook has embarked on a south bound thru-hike of the Appalachian Trail. Kit started his 2,200 mile trek in June and is on track to wrap up in November. Follow along with Eastward as we check in with Kit for updates from the trail. 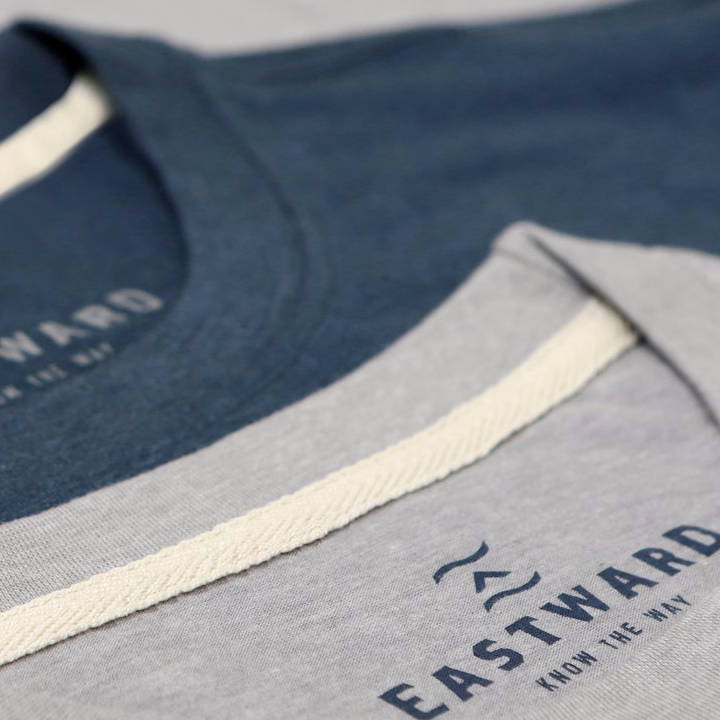 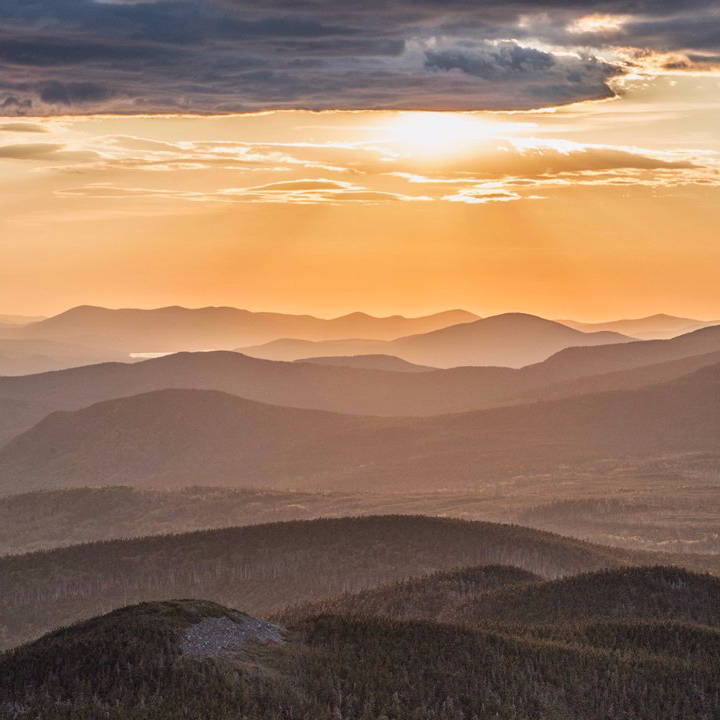 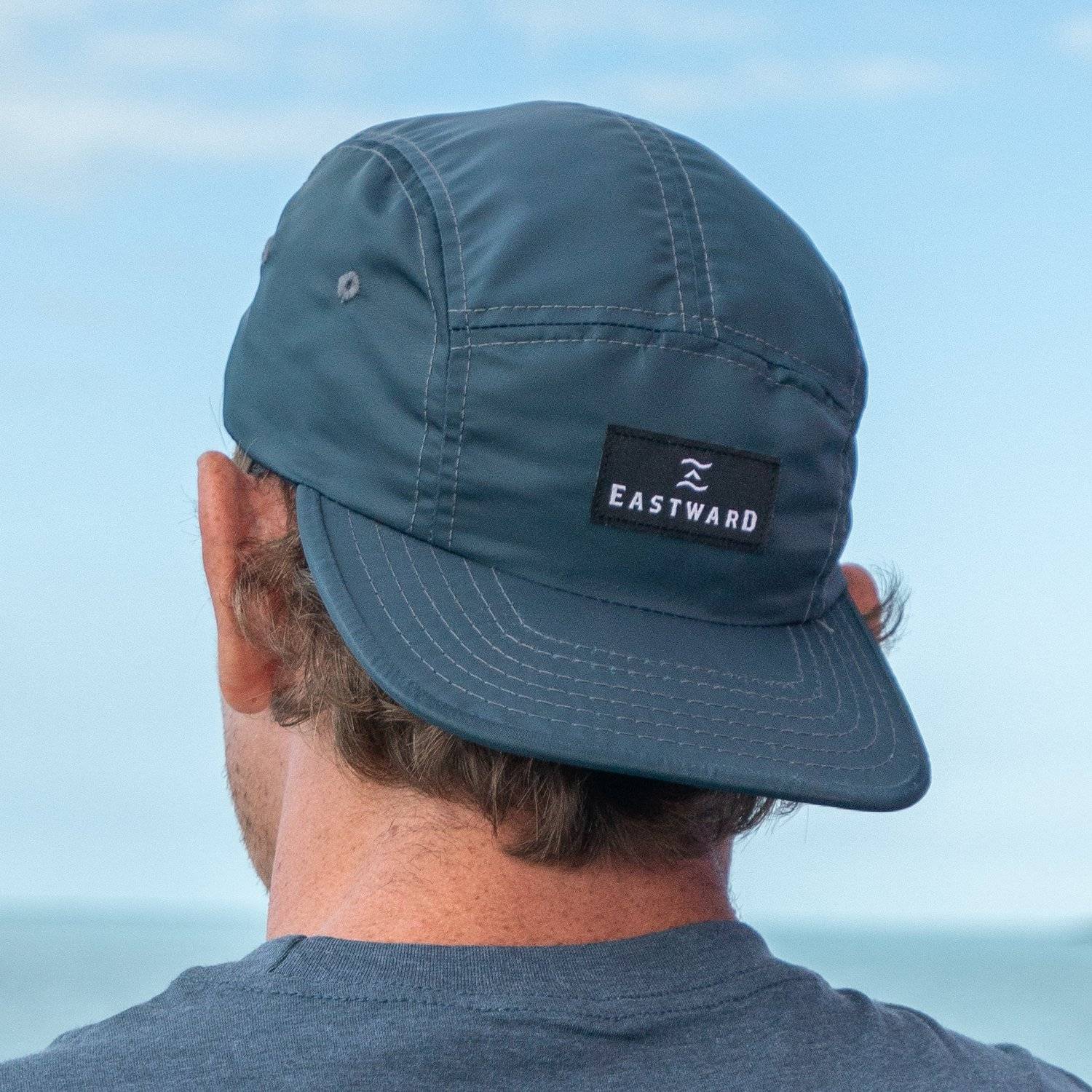